I am totally and absolutely in love with the awesome campaigns that are being created for social media world over. Here are a few of my favourites based on their unique use of a social channel of their choice.

This one is special because we don't see promotional campaigns on LinkedIn often.
20th Century Fox chose to promote the film Taken 3 with a very clever contest that has the business networking site at its heart. To invite participation, it kicked off with a video in which Liam Neeson's character Bryan Mills urges viewers to go to a special page and follow a set of instructions to participate in a contest. The prize for the winning entry was fairly unique. In Liam's own words, he promised to "find your LinkedIn profile, review it and record a video of myself endorsing your particular set of skills."

I think its a crazy and creative way to generate conversation (Imagine Salman Khan or SRK endorsing your skill on Linkedin via a video! Woohoo!) about a movie through a contest that costs almost nothing but have many people want what it offers.
Winner Announcement : Watch Video

This turbocharged hatchback from Germany chose not to use twitter in the conventional way. Instead, it used  the medium uniquely to reinforce the brand proposition. Fans who tried to follow the vehicle's official Twitter page got a message saying that no one can follow the Abarth 500 because its just too fast. Instead, they were invited to a thrilling test drive on a real race track via Twitter's direct message. Thousands of people hit the follow button to get invited and excitedly twitted about their experience. The clever idea was promoted through a hashtag #ZeroFollowers.
Watch Video 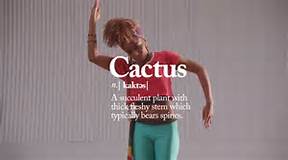 To connect with the youth, Puma created an app called Dance Dictionary to promote its Sync range of fragrances. Puma collaborated with freestyle dancers from New York to compile a dance lexicon. The app allows users to select words and phrases which are then translated to dance moves which users can share via any social network or email. While its common for people to use songs to communicate, this was perhaps the first time that dance was used as a medium of communication.
Watch Video
Read More

This activity was extended to Facebook with people able to win their own personal piece of art by posting five words that describe them best on Nescafe Dolce Gusto's Facebook page.

This brand has an unfair advantage in this list, being among one of my favourite brands. I am absolutely blown by how seamlessly the brand leverages each medium to take forward its proposition.

As a part of its Annual Self Esteem Weekend, Dove invited participants to send in their 'snaps' and solicit conversations regarding their insecurities. Dove and its 'self esteem ambassadors' provided real time advice and feedback which helped the participants regain their confidence in themselves and their looks.  I really liked the idea for the way the brand leverage the ephemeral nature of the media. With each action of disappearing snaps, more room was created for positive thoughts.